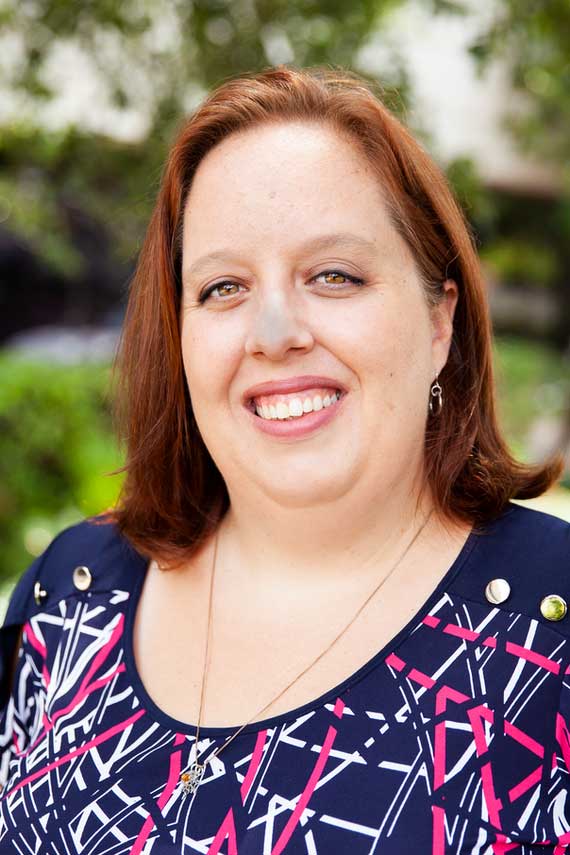 Megan Davenport grew up with the beautiful Pacific Northwest as the backdrop for a far from idyllic childhood. Her single mother struggled financially and, during Megan’s sophomore year of high school, remarried someone who had never had kids. Megan found it challenging to adjust to the new home situation and struggled with depression in her senior year.

After graduating from high school, she declares straightforwardly that “I was stupid. I made poor choices and found myself pregnant at 19. Once you do that, your life is extra hard.” At 21, she married her son’s father, but the relationship was abusive and didn’t last long.

So at age 23 and now, being a single mother with a small child, going to school was not in the cards. However, Megan had completed a CNA (Certified Nursing Assistant) program immediately after high school, and, once she and her husband split up, she began working as a CNA. In Oregon, CNAs made reasonably decent money, and while the work was physically demanding, she and her little boy could survive on her salary.

Megan worked as a CNA off and on for the next ten years. At 27, she remarried and had a little girl. After visiting her father in St. George, Utah, Megan decided to move there with her new husband. He left after just a year of marriage, and she found herself alone in Utah with two small kids and a CNA job that didn’t pay as well as it did in Oregon. She went to work for Flextronics, doing contract work in Verizon retail stores as a technician.

When her mother relocated to Texas, she suggested that Megan “come on down” to be closer to family and receive more help with the kids. Megan transferred with Verizon and moved to Austin in 2008. She recalls ruefully, “I wanted to go back to school and become a nurse when my son was little. There was just no way. I couldn’t afford it as I had to work full time. At this point, I had gone through ten years of upheaval. When you have kids, you have to suck it up and get through it. I had no choice – I had to support my kids.”

Not long after moving to Austin, Megan hit it off with her son’s football coach, and they married. He is the primary father figure to her daughter, a good man who was only three when they met. She continued to work in retail, but when she was seven months pregnant with the couple’s first baby, she was laid off when Flextronics and Verizon split. She had her fourth child and ultimately returned to sales with AT&T but, in 2013, she fell at work and tore every ligament in her ankle. This resulted in being on disability for the next three years.

In 2014, while on disability and “sitting around the house bored from doing nothing,” a friend told her about Capital IDEA. This non-profit organization would provide a full scholarship to a nursing program at Austin Community College, including tuition, books, and supplies. So at age 35, with the backing of Capital IDEA, Megan went full-time to school, taking all the prerequisites needed for the nursing program.

She entered the nursing program in 2016. She remembers that it was “a little scary at first, but I enjoyed school so much more as an adult than a teenager. Frankly, I am very smart and got pretty much straight A’s throughout ACC.” While at ACC, she worked on a part-time basis teaching CPR. She and her husband struggled, but they made it work.

When things got tight during her last two semesters, her Capital IDEA career navigator recommended that she apply for a Dreams Come True Foundation scholarship. When they were receiving foreclosure notices and close to losing their home, a miracle arrived in the form of stipend checks from DCTF. She recalls, “DCTF saved us. I don’t know if I could have completed the program without it. Keeping food on the table was difficult with five kids at home – including two teenage boys with endless appetites. We made too much money to get financial assistance but not enough to pay the bills. I often faced the choice of ‘Do I buy milk and bread or pay for a prescription for my child?’”

Megan is particularly grateful for the support she received from DCTF Executive Director Chiquita Board. She notes that Chiquita has been a “constant source of support and a champion for me.” In addition to listening to Megan and providing excellent advice, Chiquita set her up with a bank manager who provided critical financial counseling and helped Megan get her finances in order.

Graduating at the top of her class at age 40 was an “amazing” feeling for Megan. And with the perspective and perseverance that comes with maturity, Megan “harassed my way into a job. I knew I wanted to work at North Austin Regional Medical Center and knew I wanted to work in postpartum. So I didn’t take ‘no’ for an answer, and I secured the position.”

Megan kicked off her dream job taking care of mothers and babies in the postpartum unit in February 2019. “I love every second of it. I truly love my job and going to work. It’s the career I dreamed it would be.”

And, she concludes, “I wish I had done it earlier. I should have taken the leap and done it years ago. But had I tried to do it in my 20’s, and I might not have been as successful. I worked harder because I knew what I was going after and the lIfestyle I would continue to lead if I hadn’t made sacrifices. And I didn’t want the rest of my life to look that way, not with six people at home depending on me.”